In the past 3 months there were no new user-visible features implemented for Frank the Dillo, but this does not mean that we stopped working on the project, far from it, but rather we are facing some technical challenges, that I will be blogging about in the next weeks.

Let's begin by saying that the game will run on tablets, the more the better, so iPads and Android devices will be supported for sure, and probably Windows Mobile and Firefox OS based tablets as well.

In order to support that many devices without having to rewrite the code for each platform, there are 2 options that have been considered:

Haxe is very interesting, as it promises to deliver excellent performance, due to its native code generation. On the negative side, it seems a little difficult to set up, and I had no prior experience with the language and the related tools and libraries.

HTML5, on the other hand, seems easier to develop to, but its performance can be poor compared to a native app.

As I wrote the friGame library a couple of years ago, I already had the experience of making games using the HTML5 technology, so that was the path taken to develop Frank the Dillo.

The next blog post will show the structure of a friGame based game, stay tuned.

Here's a screenshot of the game, only to make this page look less ugly ;) 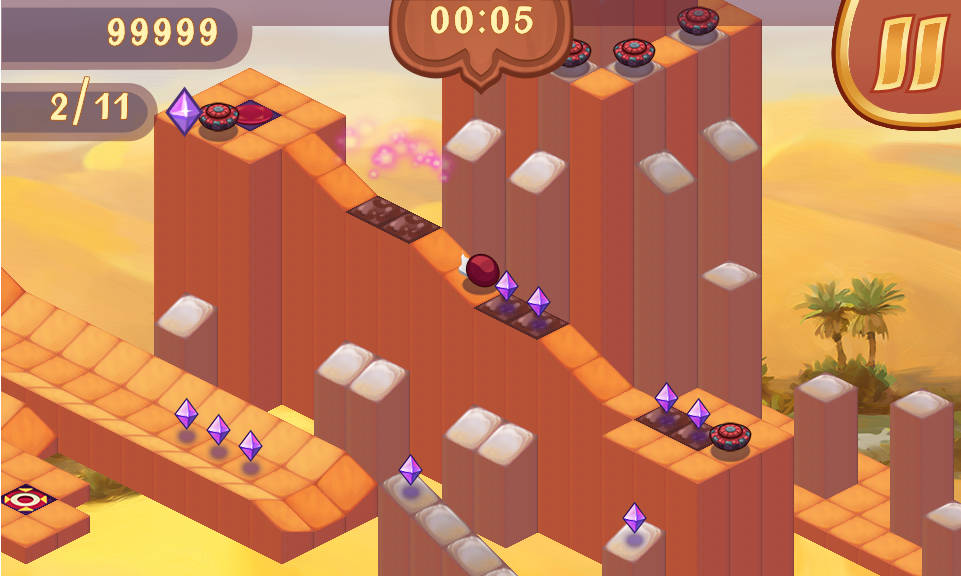